BEIJING, Sept. 22, 2021 /PRNewswire/ -- The Mid-Autumn Festival, the 15th day of the eighth month on lunar Chinese calendar, fell on Tuesday this year. The year of 2021 marks the 100th anniversary of the founding of the Communist Party of China (CPC) and many achievements made over the past century to realize the rejuvenation of the Chinese nation also deserve grand celebrations.

China has set some major goals for making the Chinese Dream of national rejuvenation come true. Top on the list are the two centennial goals: to "build a moderately prosperous society in all respects" by 2021 at the CPC's celebration of its centenary; to "build a modern socialist country that is prosperous, strong, democratic, culturally advanced and harmonious" by 2049, the centenary of the People's Republic of China.

"We have realized the first centenary goal of building a moderately prosperous society in all respects," declared President Xi at the grand ceremony marking the 100th anniversary of the founding of CPC in Beijing on July 1, 2021.

President Xi was first to raise the concept "Chinese dream" when he visited "The Road Toward Renewal" exhibition in Beijing on Nov. 29, 2012.

"A great dream does not come true by waiting or shouting slogans; it is realized by hard work and perseverance." This is what President Xi said at the grand gathering to celebrate the 40th anniversary of the country's reform and opening-up in Beijing on Dec. 18, 2018.

"The history of China is a history of the Chinese nation's struggle against poverty. Ending poverty is the long-cherished dream of the Chinese people." This is what President Xi said at a grand gathering in Beijing to mark the nation's poverty alleviation accomplishments and honor model poverty fighters on February 25, 2021.

"Looking back on the path we have traveled and forward to the journey that lies ahead, it is certain that with the firm leadership of the Party and the great unity of the Chinese people of all ethnic groups, we will achieve the goal of building a great modern socialist country in all respects and fulfill the Chinese Dream of national rejuvenation." This is what President Xi said at the ceremony marking the CPC centenary. 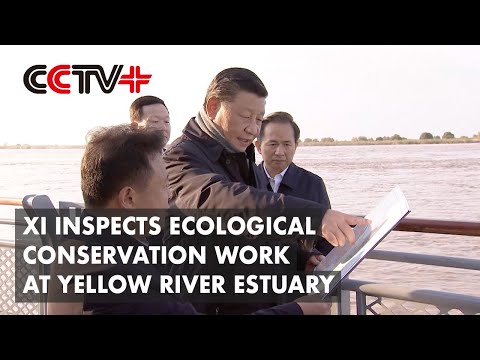